Los Angles has no shortage of single people – in fact, most would argue that there are too many single people in LA. Despite the good weather, numerous beaches, plentiful beaches, hip bars and trendy restaurants, there are a lot of unhappy single folks roaming the streets of Los Angeles.

Unlike San Francisco with its steep hills, fog and wind and New York with its winter snowstorms and humid summers, folks in Los Angeles have no reason not to get out there and meet people organically.

The population and options alone make Los Angeles a popular market for dating and relocating to. As a dating & image consultant featured in the NYTimes, WSJ, I know dating in LA is far from a cakewalk.

Despite the numerous benefits outlined above coupled with the large population, people are still frustrated with dating apps and dating in general in Los Angeles (so much that it is one of my largest markets for clients seeking help with their dating profiles, photos and more)

Lack of matches, catfishing, two-faced personalities, married men on dating apps, people lying about intentions, people flaking on plans or people not putting in effort once matched are common problems faced by those in the LA market. 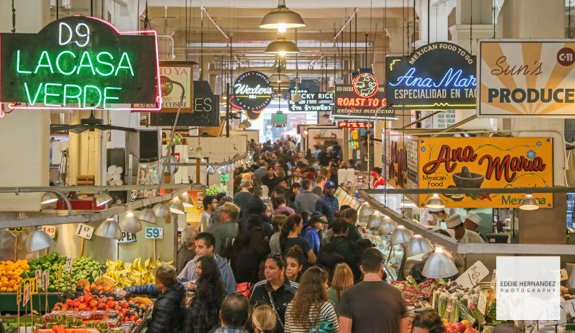 Los Angeles is a major metropolitan city with over 10 million people (if you include the entire county) making it one of the largest markets for dating in the United States. But it’s not just the number of people that makes it a unique place to live and date.

LA has a healthy lifestyle vibe given plentiful beaches, plant-based diets, focus on looks and attraction, and is a rich melting pot of cultures as well as an above-average attractiveness level for both men and women.

With so many single people around, one would think dating would be easy. Despite this diversity, many people are stubborn about trekking across town, have trouble with committing to plans, and have a grass-is-greener mentality when it comes to dating.

Every minute there is someone younger, more attractive, and available moving to Los Angeles providing many temptations as well as a lack of urgency to settle down into a relationship. With warm weather and an abundance of eye candy, it’s hard to find people who want to settle down.

Are People In Los Angeles Superficial?

There are many wannabe actors, models in Los Angeles, making it hard to weed out superficial types and those who are looking to constantly network and get their break in life.

Whether it’s people constantly taking Instagram photos, celebrity-spotting, checking out the newest, trendiest place in town, there are always people looking to be seen and noticed.

Exclusive lounges, waiting lists for restaurants, and red velvet robes for nightclubs, LA can feel like a place where everyone is waiting for something. Sure, not everyone is into the scene but at the same time, it’s hard to find those that have substance and don’t have the same cliche dating profile everyone has.

Even if you try to avoid the LA scene, you can’t escape it. Places that were once safe-havens for low-key spots and under the radar attention are not hip and trendy. Take places like Silver Lake and Highland Park. What used to be approachable is now too popular for its own good.

Although a small minority, the notion of transplants trying to break into the entertainment industry, become an influencer or use their looks for gain is hard to ignore. Not everyone is like this, of course, but judgment is often passed when topics of residence and neighborhoods come to conversation.

Narcissists are everywhere. Insecurity is at an all-time high. Appearances can be hard to maintain, making it harder for people to be authentic and vulnerable in their profiles.

Zipcodes can be super divisive in Los Angeles. Where you live and work can not only dictate the time you spend commuting but who your friends are, what your social life looks like, and what your date prospects will be.

Los Angeles is a sprawling city and traffic is always a factor in every aspect of life there. This invisible barrier keeps Los Angeles organized into tidy buckets (South Bay, Downtown, Westside, Santa Monica, Hollywood etc).

While it’s widely known men can or will travel far for dates, women are not as eager to travel nor date men that live far away. On that note, some women don’t feel comfortable dating men in their immediate neighborhood for fear of break-ups and awkwardness on the possibility of running into guys at local hangouts.

Even if you are ok with dating in your neighborhood or willing to venture off, parts of Los Angeles evokes a certain sense of laid back attitude and beach vibes which can be appealing to some but another cringe at flip-flops in public, fashion sense of a frat boy or lacking cultural taste and desire to explore the world around them.

Such one-dimensional stereotypes can make it hard to shed neighborhood stereotypes.

Raya Dating App: What Is Raya? Does Raya Work?

With a focus on exclusivity, this invite-only app has broadened their branding for creative types. As recent as 2018, the app boasted 10,000 members across several cities according to a NYTimes interview. Celebrity sightings on the app make the news rounds every so often with tabloids posting articles about profile sightings, message screenshots and more.

Many people don’t have direct insight into Raya given it’s low acceptance rate (8% as of 2018 according to the NYTimes). The profiles on Raya resemble those trying to get into a Vegas nightclub, those trying to crash movie award shows and C and D-list celebrities but it’s generally a filled with those with physical attributes (career and or looks). The waitlist to get in mirrors those on Sunset and Melrose with 10x as many people waiting on the outside that are inside.

With a focus on privacy, Raya has more stringent rules for bans than do other apps. Common items like screenshots, discussing profiles and sharing messages can result in permanent bans. Anyone can apply but lack of Instagram followers and vouch from an existing member will render your application incomplete.

It will vary by age, gender, lifestyle, orientation but mostly Hinge, Bumble, The League, Coffee Meets Bagel, OkCupid, Match.com, Tinder, Grindr, The Lox. For specific recommendations as well as help with profiles and screening people, check out my coaching services here.

Technology, Isolation & Loneliness: Why Dating Is Hard For Introverts In LA

Los Angeles draws a lot of people and professions that lend themselves to being social, networking and doing things in person. As such, there are fewer users on dating apps that other cities like Chicago, LA, SF, Boston and NYC.

Who needs apps when the weather is great year-round? Those demographics and personalities and stigmas around dating apps in LA has forced people to rely on offline measures to meet people.

Los Angeles is not a walkable city depending on where you live, the motivation to go out can be difficult. Los Angeles can feel a bit clicky unless you develop your own social circles to keep you busy.

Successful dating requires both offline and online skills and social pressure from friends and society can cloud judgment, make reading people harder than necessary and lead to frustration. 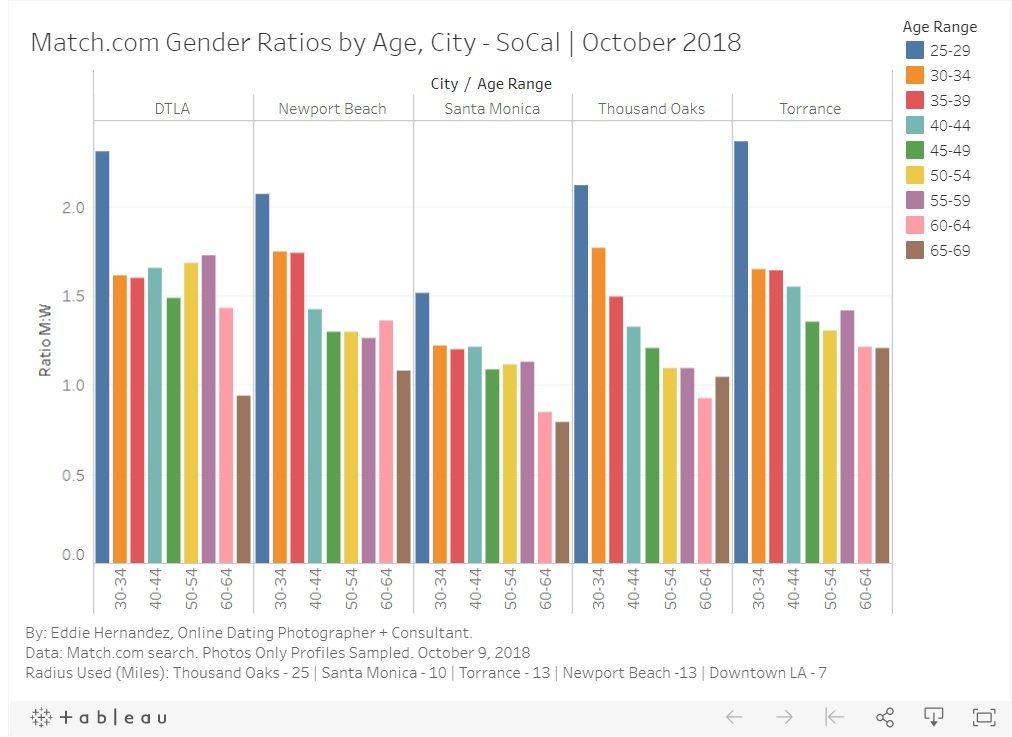 If Affliction shirt, board shorts, flip-flops, hats are your style, all the more power to you but that might make it harder to get attention from women.

First impressions are everything and if you are dressed like you did in college or everyone in Venice and Santa Monica, well it can be hard to showcase a more versatile and mature look.

Local dive bars and casual restaurants provide few incentives to get dressed up and traffic can make it less interesting to waste time in traffic to a destination place for a night out.

Everyone is a giant billboard and that couldn’t be more true in Los Angeles. Dressing for comfort is a universal concept around the world but in Los Angeles, it can signal you are not ready to grow up or be an adult.

Are People In Los Angeles Flaky? Are People Fake?

If you haven’t lived in SF, NYC or other similar city, living in LA can be frustrated. It’s hard to get firm commitments for dates. Everyone always wants to keep their options open in case the weather is great, they receive a last minute invite to a concert, show, hard to get dinner reservation or similar activity.

Similarly, people want to know what dates you have in mind so casual invites, vague date ideas and lack of concrete plans can feel like half-baked and suggest a lack of effort.

Regardless of your stance on this, it’s hard to make date plans on the weekend as that can derail last minute weekend trips. Weeknight dates are your best bet but again, location is key. Places on the way to work are key but not if it means having to drive far after or getting stuck in traffic.

Successful daters have a degree in city planning to navigate traffic patterns.

How To Date In Los Angeles As A Man, Woman: Some Food For Thought

Don’t worry about trying to impress others or being someone you are not. There is a fine line between improving yourself, expanding hobbies and interests, breaking stereotypes, being confident in your own skin and being naturally curious around the world around you.

The more you avoid cliches in your dating profile and personality, the more unique you will be in the eyes of others.

You attract who you are, not what you seek. Figuring out what is a nice to have vs what is a deal-breaker is key. The more you make yourself available to others the easier dating will be.

That means getting off your phone, not being rushed when running errands, dressing well when in public (no flip-flops, ugg boots, slippers, gym shorts etc.), being present in the moment with spontaneous conversations vs coming off like you would rather be elsewhere.

Where To Meet Singles In Los Angeles: Bars, Restaurants To Meet Men, Women

You can meet anyone, anywhere, anytime – you have to be ready and make meeting people a priority.

Don’t use the excuse of friends limit you from exploring the city or meeting new people.

Clients get a curated list of places to meet singles, where to sit at bars, how to dress to invite conversations, how to improve body language, how to initiate conversations and how to read people.

After San Francisco, LA is one of my largest markets for clients (dating photos, coaching services, dating profile critiques).

Having lived in Los Angeles and visiting whenever I can, it is a unique market for dating that has its own perks and frustrations. Click on the link below to learn more about my services.

https://www.nytimes.com/2021/02/27/style/what-its-like-to-work-with-a-matchmaker.html (my interview in the NYTimes)

How To Meet People Offline: Tips for meeting people in real life

Dating Profile Photos: What do your dating profile photos signal?

Dating Apps vs. Matchmaking Services: How Do Matchmakers Compare To Online Dating

Controversial Read: Dating Someone Who Works In Tech

Dating App Tips: How To Be Successful With Online Dating