OurTime is one of the most common dating sites associated with folks 50+ (which is one of the fastest growing demographics using dating sites). It is owned by the Match Group (the largest dating site conglomerate out there), and has lots of money to invest in SEO, paid ads, and the like. When Googling 50+ dating sites, OurTime is near the top of the results.

Ourtime is one of the few major dating sites focused on older demographics while apps like Match, Tinder, Hinge, Bumble etc. are rather ambiguous or implied for crowds in their 20s-30s/40s. In theory, the people on the site should be closer to you in age but there are no age restrictions to my knowledge.

Below you will find an overview for Ourtime dating app, what to expect, how to navigate the app and alternatives.

Sites like Match.com (a competitor but more of a sister site) are largely limited in their functionality unless you pay to send messages, read messages, reply to messages. The appeal with OurTime is that users can send up to 8 free messages a day which is more than plenty for most folks.

The other great thing about it is that you can see all the profiles at once (rather than one by one like with other swipe-first apps). This is important because you can quickly see how many profiles are nearby within your preferred age range by reviewing the search result counts. 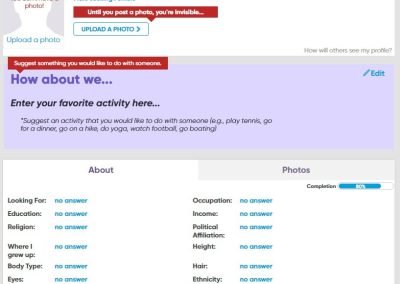 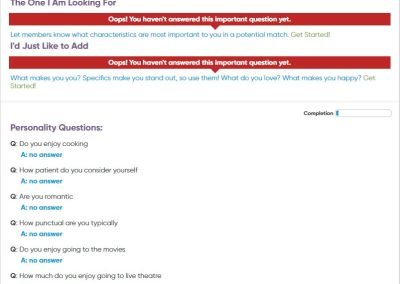 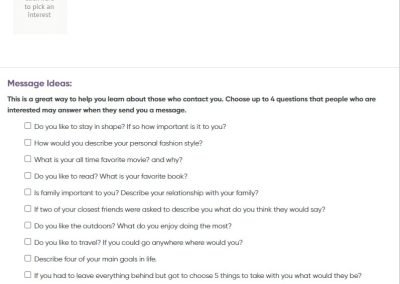 How To Tell If Someone Is Active On OurTime

You can also sort by activity date and focus on those profiles/people who have recently logged into the site. Select from the dropdown menu ‘my default’ (next to ‘edit search’) and select ‘activity’. This will sort by most recent active user.

You can also sort by new members but please note it’s really easy to create a fake profile (I have a dummy one) and it can take time for fake profiles to be reported, removed.

The other benefit of OurTime is that you can use it on a desktop (not many people are keen with installing apps, getting bombarded by alerts or struggling with accessing functions on a small screen). 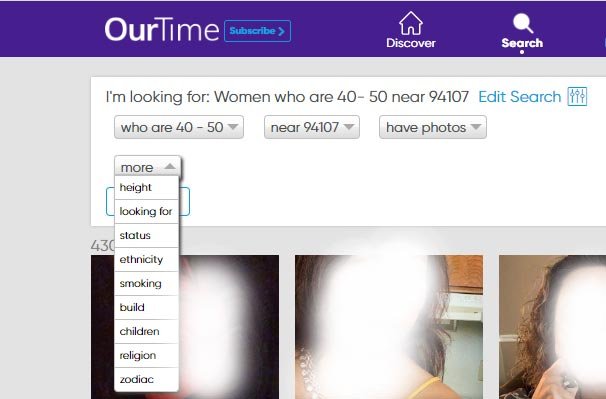 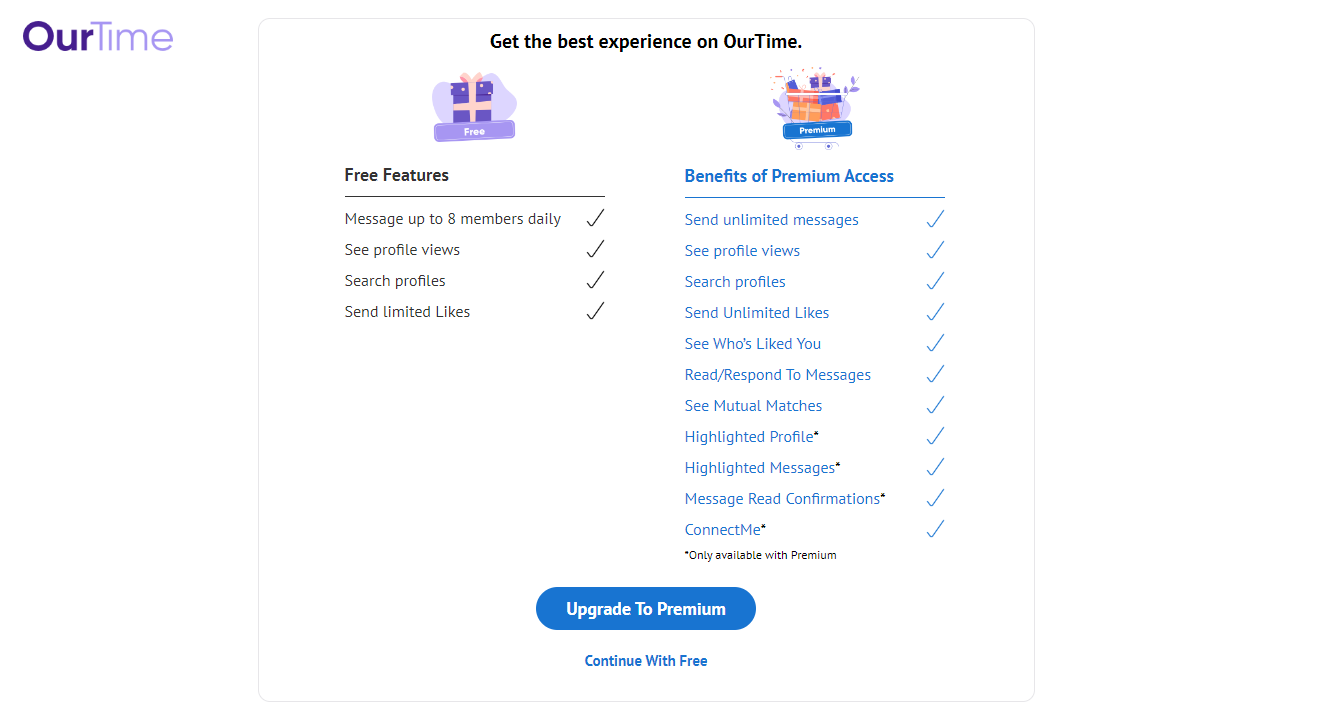 OurTime can be rather frustrating as you can’t apply distance filters like with most other apps (like Match.com). In a search for people near San Francisco, one would see results about 20 miles away which is not desirable for most folks who don’t leave the city much. Unfortunately, not everyone fills out their profile so you will see a lot of incomplete profiles that are missing key details but that can be said of most apps/sites.

The other complaint people have is lack of users – it’s possible to see more users on Match.com or even Hinge/Bumble (at least in the 50-59 range). Unfortunately, user counts across all apps drop dramatically after 40, again at 50 and even more sharply after 60.

Given the branding associated with 50+ users, many folks in their early 50s may not want to feel limited to 50+ users on OurTime so they will use other apps where they can focus on people in their 40s as well.

Ideally, OurTime would encourage people to fill out their profile more, and attach more concrete details around activity usage, so you can avoid zombie profiles that haven’t been logged into for long periods of time.

Apps should be used as an introduction tool rather than an exclusive method for meeting people. One should not abandon efforts to meet people organically, offline. As with all dating sites, sometimes you have to do a trial and error to see if that app makes sense for you.

There is no best app for all demographics, locations and lifestyles. Many times it’s a matter of timing, luck and effort more so than the apps themselves. If the tool doesn’t work for you, stop using it.

OurTime can be a helpful, low-risk service for seniors in some situations but depending on age, location, and demographics, it might be best as a training ground for other sites that are paid (Match) or a bit more gamified and app only (Bumble, Hinge) or a bit more quirky/non-mainstream (Okcupid). Ourtime is an app I have never recommended.

Every dating site has some fake profiles, some more than others. Learn how to spot them here. Just because someone is inactive doesn’t mean it’s a fake profile. Similarly, the identity, age and location could be real, but the photos could be misleading.

Unfortunately, the number of users on dating apps starts to thin out at 50 and more so at 60. Gender ratios on apps for under for heavily favor women (2:1 upward of 3:1 or higher) but after 40 and more so 50, these ratios start to reverse. On sites like Match, there tend to be more women than men starting at 50 but more so at 60.

What makes things worse is that men become stubborn and would rather be single than date women closer to their age. If more women dated younger men earlier in their lives, this might adjust societal norms. If women understand men and their filters, they could be prepared for what is to come on apps and either focus more on offline methods to meet guys.

The truth is, it’s harder to date with each passing year. There is a reason why some matchmakers only work with men as working with women can be seen as difficult and expectations unrealistic (not in of themselves but rather the outlook men have towards dating, preferences, deal-breakers and so on).

People are generally more picky on dating sites than they are in person. If there are not enough people on a particular dating site, try another. If that doesn’t work, focus on offline efforts. If there are not many local options, consider moving if possible. Some smaller towns and remote areas can be brutal for singles and those odds get worse with age.

Best apps could be Match, OkCupid, Bumble or Hinge. In rare occasions, the only option might be Tinder.

Like all niche apps, don’t be surprised to see bots, spammers, inactive profiles. Stick with mainstream apps. If you don’t like OurTime, you are not going to live Silver Singles.

Related read: How To Write A Dating Profile

There are none. Don’t bother searching for codes, offers.

EliteSingles / eHarmony Dating App Review – Is EliteSingles Worth It? Is eHarmony Any Good? Which is better eharmony or ourtime?

Online Dating Red Flags – What To Look Out For On Profiles, Messages